skip to main | skip to sidebar

Times are Changing on Main Street 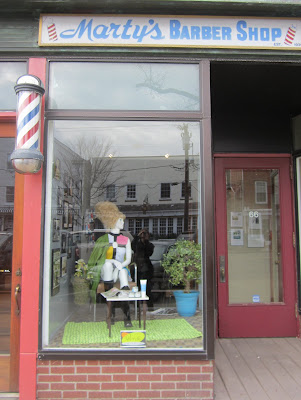 I go away for a week and look what happens! Marty's Barber Shop has turned into Salon 66! It is nice that the new proprietors have only updated the interior by a decade or two.
Posted by Lauren Chattman at 9:01 AM No comments: 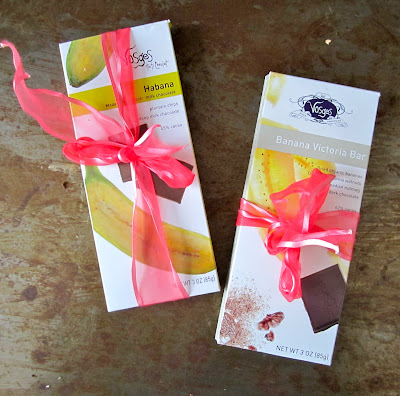 We started the day right with bananas (in Vosges chocolate bars from Cavaniola's) for breakfast.
Posted by Lauren Chattman at 8:40 AM 1 comment:

A Witness to Harbor Frost 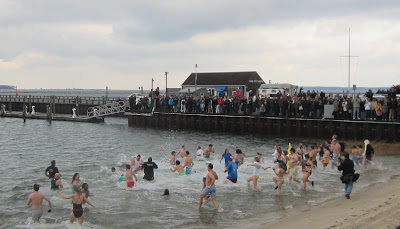 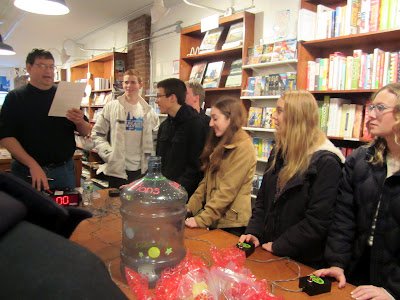 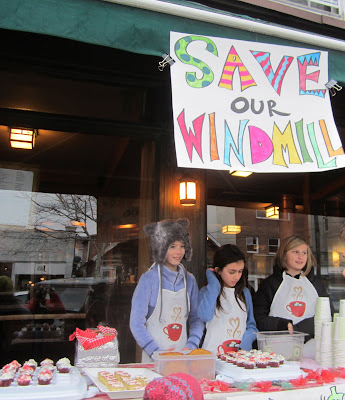 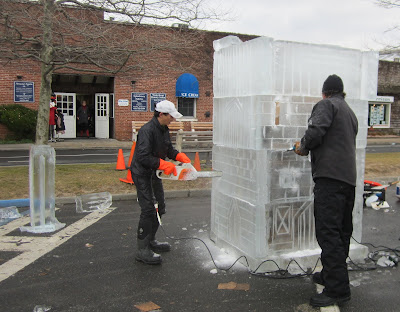 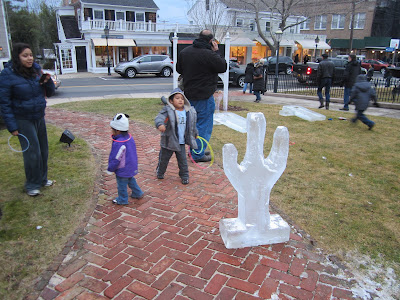 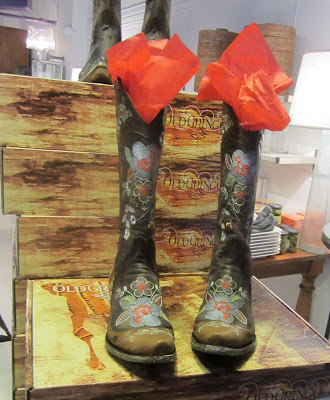 After observing the Polar Bear Plunge at Long Wharf yesterday, I ducked into BookHampton to compete against Pierson High School's Quiz Bowl Team in a game of trivia. Alas, my ignorance of the political accomplishments of John C. Calhoun among other things made me more of a spectator than a participant. I was delighted to discover that I could help save our Windmill by purchasing a cupcake and a cup of hot chocolate to enjoy while I watched the Fear No Ice artists transforming a block of ice into a castle and then observed small children play an icy ring toss game. To complete my afternoon, I surveyed some new items at Sylvester & Company. I will be keeping my eye on these Old Gringo cowboy boots in case they go on sale.
Posted by Lauren Chattman at 1:47 PM No comments: 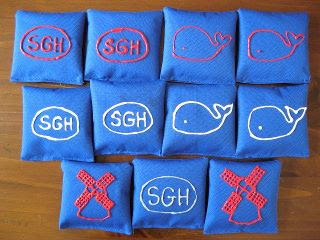 First stop as I shop Main Street tomorrow during Harbor Frost: The Wharf Shop, for some bean bags.
Posted by Lauren Chattman at 6:53 PM No comments: 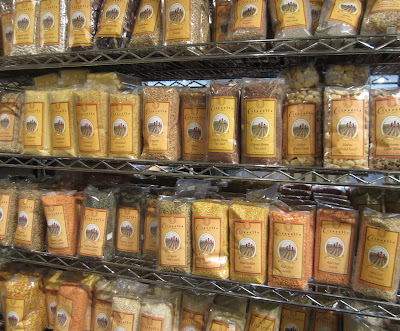 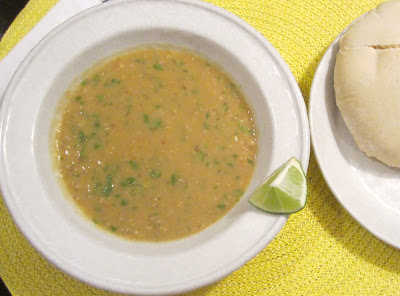 Even though I have a big jar of brown lentils in my pantry, I couldn't resist the red lentils at Citarella's, part of their new display of packaged grains and pulses. I am a sucker for things in matching bags! Yes, one pound of red lentils cost $4.99 while a bag of brown lentils at the IGA is half the price. Still, I rationalized, red lentil soup wouldn't be quite so brown (a complaint often heard around my table) as the soup I usually make. I was pleased with my soup, flavored wtih cumin and ginger and a can of lite coconut milk, but I'm still deciding whether or not the color (reddish-brown) was worth $2.50. Here is the recipe:

1. Heat oil in a large saucepan over medium heat. Add onion and cook until softened, 3 to 5 minutes. Add garlic, ginger, jalapeno, cumin, coriander, and paprika and cook another minute.
2. Add lentils, water, and coconut milk and bring to a boil. Reduce heat and simmer, partially covered, until lentils are soft, 30 to 45 minutes.
3. Puree 2 cups soup in a blender and return to pot. Stir in cilantro and season with salt. Ladle into bowls and serve with lime wedges on the side.
Posted by Lauren Chattman at 10:37 AM No comments: 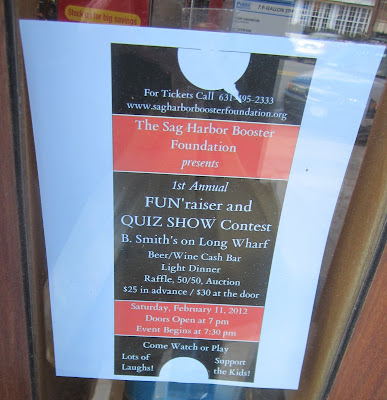 Several years ago, a group of hapless parents suffered a humiliating loss to their children during a brutal game of "Are You Smarter Than a Fifth Grader" in Ms. Meyerhoff's classroom at Sag Harbor Elementary. Name four Presidents born in New York State??? Our State motto??? Our State Bird??? Really??? Ever since, they've been looking to prove themselves. Will the Booster Foundation's Harbor Frost Quiz Show Contest on Saturday night give them the opportunity, while raising money for activities, programs, and events that benefit our students? We shall see.
Posted by Lauren Chattman at 6:13 AM 2 comments: 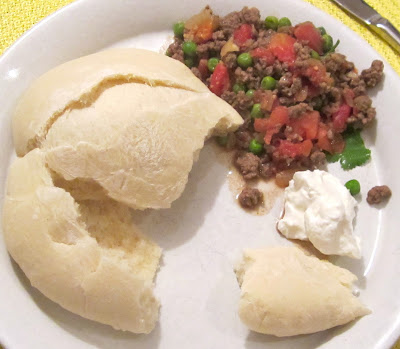 I was feeling really lazy yesterday. Not quite lazy enough to buy a box of Hamburger Helper at the IGA (I don't even know if the IGA sells Hamburger Helper; I'll have to check on that), but almost. So I decided to cook some ground beef with Indian spices. I had planned on buying those garlic naan breads at the IGA, but the breads were sold out. That would have been too easy, I guess! I had no choice but to go home and make some pita bread dough to go with my beef. So I didn't feel like such a slacker in the end. Here is the recipe:

1. Heat oil in a large skillet over medium-high heat. Add onion and cook, stirring occasionally, until softened, 3 to 5 minutes. Add garlic and ginger and cook an additional minute. Stir in garam masala, cumin, and cayenne, and cook, stirring, another minute.
2. Add meat and 1/2 teaspoon salt and cook, breaking meat up with a wooden spoon, until it loses its pink color. Ad tomatoes and peas, stir, cover, and cook until heated through, about 5 minutes. Stir in cider vinegar, adjust salt, sprinkle with cilantro leaves, and serve.
Posted by Lauren Chattman at 3:05 PM 2 comments:

Send me an e-mail!

Books I Have On Hold at John Jermain Library

Other Places Where You Can Find Me

How Many People Have Taken a Look at Sag Harbor Days?